I love to visit new lands – and Kosovo is about as new as it gets. Kosovo has been independent from Serbia since 2008, although there are still a few states, including Serbia, who are yet to acknowledge Kosovan sovereign status. Landlocked in the central Balkan Peninsula, a fusion of East and West Kosovo is a country of picturesque forest trails, delightful mountain villages, late night parties and 700 year-old monasteries – there’s a lot of character in this little country. Here are a few of the noteworthy places to visit:

Visoki Dečani Monastery
At the foot of the Prokletije mountains, 85km from Pristina, Visoki Dečani Monastery sits in a forest of pine and chestnut trees. This 14th century marvel has been witness to bloody battles and plundering brigands. One of the most well-preserved churches in the Balkans region, the monastery is rich with ancient frescoes and Byzantine art. UNESCO recognises the site as an irreplaceable national treasure. so Kosovo is now moving to protect Visoki Dečani. The most recent attack on the monastery was in 2008, it is now guarded by the Kosovo Force (KFOR) and open to tourists with volunteer guides to show you around. 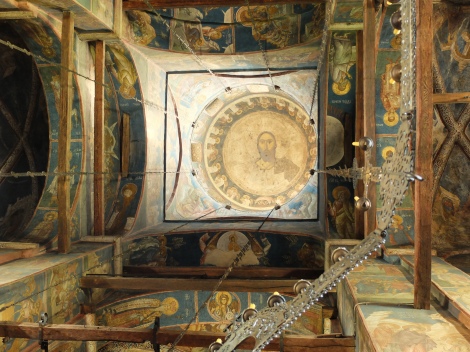 This monastery is still in working order after all these years: Visoki Dečani Monastery is home to 25 Serbian Orthodox monks, who support themselves by making their own wine, cheese and raising honey honey bees – all natural, local products which are for sale to visitors. The resident monks are the ones responsible for the excellent condition of the site as they spend their days restoring the frescos and icons in the monastery. Inspirock , the free online trip planner, can help organise trips to Visoki Dečani and other places including transport, tours and accommodation.

Meet the brown bears of Kosovo
As recently as 2010, many restaurants throughout the city would keep brown bears in captivity to attract customers, often in appalling conditions. Thankfully, Kosovo has since banned this practice. Four Paws , a non-profit organisation, came forward to look after the 13 bears that were rescued from “working” for humans. The 15-hectare Bear Sanctuary which has been set up in Mramor in Pristina is now home to the free bears, where they are looked after. Three cubs, which were confiscated, have also been rehabilitated and released in the wild. It’s worth visiting the brown bear – not only do you see cute little (or large) native animals but you support local sustainability. Nice work, Four Paws! The Bear Sanctuary Pristina is open daily, 10am till 9pm at Mramor village, near Badovc lake, 10000 Pristina.
A multi-cultural experience at Pristina
Kosovo’s capital of Pristina was once a Now a fast-developing city, the landscape is smattered with mismatched architectural styles of different historical periods. Ancient roads are now jammed with traffic. The city is home to several museums, galleries, and mosques. Notable among these are the Ethnographic Museum, National Gallery of Kosovo, and Jashar Pasha Mosque. If you want to get away from the hustle and bustle of the city, make your way to the outskirts – there are plenty of sites to see out of town…

Catch a flick at Dokufest
If you are looking for a cultural experience, make sure Prizren, Kosovo’s cultural capital, is on your itinerary. The city of Prizen has been a part of many different empires of the years – you’ll find many examples of Byzantine, Ottoman and Yugoslav socialist architecture among the cityscape. It is also a popular stopover on the film circuit because of Dokufest, a week-long documentary and short film festival that’s held in August. Apart from watching films in the open air, you can see the photo and art exhibits on display during Dokufest and party late into the night as you indulge in some of Kosovo’s finest beers and wine. 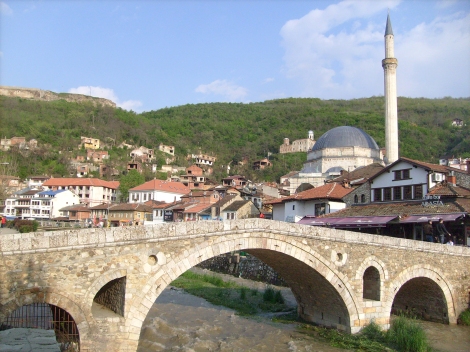 Climb Mount Gjeravica and Mount Hajila
If you’re looking to hit up multiple countries at one shot, the Peaks of the Balkans trail is a requisite entry in your Kosovo travel planner. The 192 km trail takes you through the mountains of northern Albania, eastern Kosovo and southern Montenegro. You can also choose to veer off the beaten track, and hike up to the peaks of Mount Gjeravica and Mount Hajila. At Gjeravica, Kosovo’s highest peak, you can descend past the oh-so-blue glacial lakes and into the town of Gropa Erenikut. Hajila, which offer spectacular views of both Kosovo and Montenegro.
Check out Inspirock for a detailed itinerary tailored to suit your needs – and it won’t cost a cent. The site has information on 11,000 destinations, including Kosovo and other off-tourist-trail locations. Kosovo is a great place to visit while the prices are still reasonable, before it becomes awash with foreign tourists . Travellers used to be apprehensive about choosing Kosovo as a result of its turbulent past, but things have changed and it’s a great place to go before the Club Meds and budget airlines discover this unspoilt location.