Hungary’s historical capital on the Danube River with so much to offer, but if you on a tight schedule here are some exciting finds that you may not otherwise notice.

See – The gobsmackingly gorgeous architecture of Budapest. Unfortunately, most of the buildings are in varying states of disrepair. It’s best to see them now while they are all still standing.

A few minutes walk from the Danube river is another of Budapest’s architectural masterpieces and something of a hidden gem: The Parisi Udvar. This opulent shopping arcade on Ferenciek Tere will stop you in your tracks as you pass in the street. Built over 100 year ago, Parisi Udvar belongs to no particular school of design: it’s neo-gothic, art deco and neo-classical all in one enormous structure that has been left derelict for years after being used as apartments under the Communist government.

It’s sad to see such beauty in ruins

It remains a dark, empty shell – but you can still wander inside to take pictures of the beautiful glass roof, original elevator and flooring. 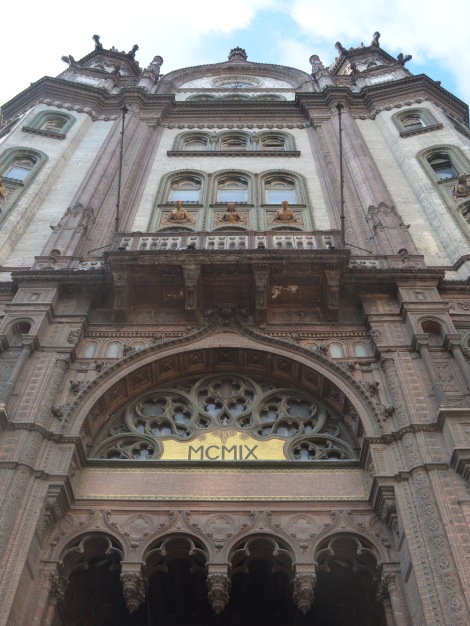 There are countless beautiful buildings in Budapest, these just a few of my favourites, but do explore and find your own treasures, that’s exactly how I spotted the Rumbach Synagogue in the Jewish Quarter behind the famous Dohany Synagogue. This is an outstanding structure with an Eastern (Sephardic) design. Rumbach Synagogue also desperately in need of repair and, thankfully, restoration is currently underway. 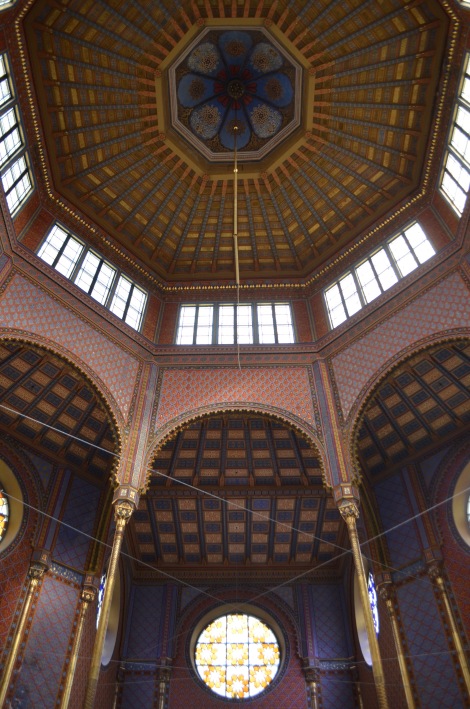 It’s a great idea to see Danube by boat. One of the best ways to see the awe-inspiring architectural feats of Budapest is from the water. Legenda Cruises offer a one hour cruise of the Danube River, as the city is built on either side of its banks. The most spectacular buildings are on the riverfront, making a boat ride the best way to see them all. A cruise of the Danube is especially magical by night, as the Royal Palace, the Parliament, the churches and bridges are lit in various colours.

Along the Danube after dark

Eat – To come to Hungary and forego the goulash and cakes would be foolish indeed. Budapest is the home of world-famous patisseries such as Gerbeaud, Szamos, Europa Cafe and Auguszt – all elegant, old-world cukraszda , or “cake shops” based around Vorosmarty Square. Szamos (Vaci Utca 1) is a newer that the famous and ever-crowded Gerbeaud and I find their main courses to be the best. 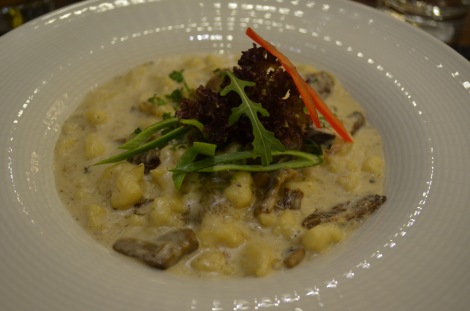 They all serve high quality beef goulash and other Hungarian dishes as well as cakes and outstanding coffee, with the exception of Auguszt, which is all about sweets. Rich, creamy, nut-laden delicacies such as the Kreme custard slice and the Esterházy torta, or almond butter cake.The famous cukraszda are fitted with chandeliers, grand pianos and have silver service, but I also enjoy a small cake shop at Dob Utca 22 called Frohlich.

The best krema in Budapest

This little family-run kosher patisserie shop was opened in the Jewish Ghetto after the war. There are no baroque furnishings or fine china but it is comfortable and crammed full of fresh cakes including the best Flodni in Budapest – a kosher apple, poppyseed and walnut layer cake. Frohlich’s chocolate tortes are also excellent and a coffee with 2 cakes comes to only $2.80.

Buy – Budapest is a Mecca for antique enthusiasts. Second hand goods abound, you’ll see antique stores, vintage clothing boutiques and the basic used clothing shops throughout the city. They aren’t fancy boutiques and most of them are full of junk, even in the better class of shop, but there is always a chance of striking gold. A shop called Antik Bazar (Klausal Street 1) has the biggest selection of Communist era memorabilia. The glassware and prewar suitcases they stock seems a tad overpriced but there is some affordable Hungarian lace and pottery. This is the place to pick up 1940’s Hungarian currency and stamps. Perhaps you have a friend who would treasure a bust of Lenin or a handful of socialist pins and medals. My pick of the store was an original, matchbox-sized copy of Das Capital – a bilingual version in Hungarian and English. Open in the early afternoon and evenings, prices are fixed. 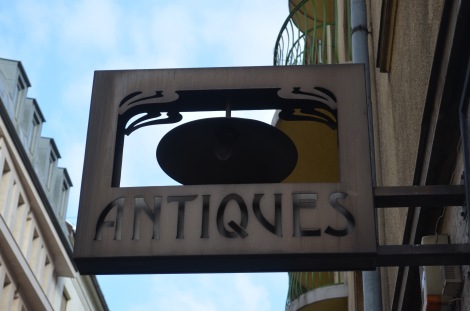 Antiques are everywhere in Hungary

Ecseri Market is the biggest in Hungary, it’s simply enormous and it actually does sell everything. East German pottery, camera lenses, grandma’s jewellery, LP records and ancient bicycles are all up for grabs. Prices tend to be hiked up for tourists so come early and prepare to haggle.

You may have to dig in order to find treasure

Open 7 days a week from 8am till 4pm, closes earlier on Saturdays and Sundays. A lesser known flea market in Budapest is Bakancsos Street Market on Szencinke St. Although out of the city in a residential area, these markets are less touristy and therefore cheaper than the Ecseri Market. This place is great for artwork, antique home decor items, suitcases and oddities such as canes and corsets. The markets are open Friday till Sunday, mornings only.

Relax – The Rudas Thermal Baths is a unique spa experience. Built in the 16th century when Hungary was under Turkish occupation, the baths are beautifully preserved and still functioning. Unwind in the thermal spas and sauna, sunbathe on the terrace or get a massage. A Turkish-Hungarian fusion restaurant has been opened on the modern first floor. Unfortunately, only Tuesday is ladies day at the Rudas Spa. Saturdays and Sundays are mixed and the rest of the week is just for men.

Drink – Head to the Jewish Quarter for a few drinks when the sun goes down. This area of town is dotted with cool wine bars and quality restaurants. There is a nice vibe here which you don’t find in the seedier nightlife districts. Kazimir on Kazinczy Street is a chic bar and bistro with a great wine selection and jazz music after 8 or 9pm.

Further up Kazinczy Street at number 35 is Pharma Bar. This minimalist, tiny little cocktail bar serves unique cocktails with botanical ingredients from every corner of the earth, such as palm hearts, roses, rarely sourced berries and a huge selection of Jamaican rum. Drinks are customised by very clever bartenders. Slightly pricier than other bars at $6-8 a drink, it’s worth every penny.

Sleep – One good thing about Budapest is the affordable accommodation. The Three Corners Bristol Hotel of Budapest is an excellent option. Comfortable, affordable and centrally located, the hotel offers 4 star digs for as little as $60 per double, including a substantial breakfast. The Bristol is a boutique hotel in a restored heritage building with a modern interior including a gym and sauna. From this hotel you can access Budapest’s main railway station; The Danube riverfront; The Jewish Quarter and the impressive Museum of Applied Arts – all within 15 minutes walk. It’s a perfect location.

Beware – Taxis in Budapest can be a headache. Unless a taxi is called by a hotel (or anyone who speaks Hungarian) tourists are considered fair game for taxi drivers. The metres can be rigged to charge far more than the normal fare. I even had one driver trying to charge me $100 for an $8 ride. The only way to avoid this is by calling for taxis, booking in advance or, as I did, staying in a central location and walking. The metro is quite efficient in Budapest and you can easily keep taxi rides to a minimum. Watch your belongings at all times.

For help in planning your trip to Budapest, check out uk.gotohungary.com – it’s most helpful and has information on how to get discounts to thermal spas, hotel offers and much more.

2 responses to “24 Hours in Budapest”