The one thing that comes to mind if you say the name of a place to me is colour. Every country has its own palette in my memory. Morocco is royal blue and sand; China is slate and vermillion red. Pale pink and terracotta for Italy. Of course, England is a beautiful jade green.

But Cuba is every colour – sometimes a in tired and weakened shade. Colour exists everywhere on the island – the clothes, the houses, the cars, the fingernails, the cafes. Habaneros, “Havana Folk”, love colour. The shops are a cheerful and inviting shade of pink, even if  they are empty. The sea is clear and blue and the propaganda billboards are vivid in red and blue. 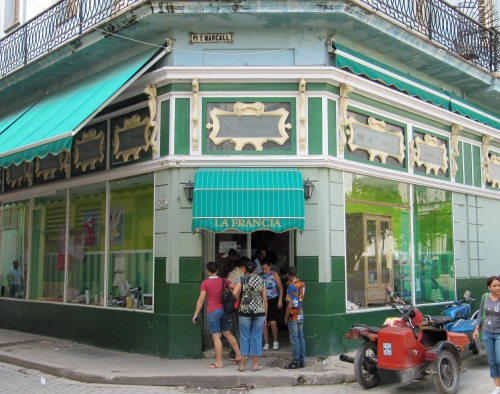 Cubans lining up to shop at La Francia in Centro, a shop that sells blouses, hairdryers, washing powder , beauty products, spoons and furniture. Security is high at such stores 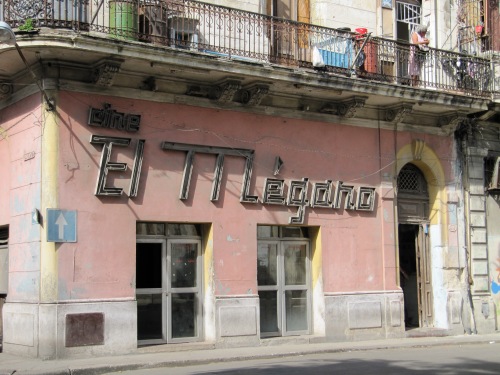 The El Megano Cinema is a shadow of its former self: shabby and dark, it plays second-run films, sells cheap alcohol and attracts shady clientele who are as colourful as the pink and yellow facade was 40 years ago 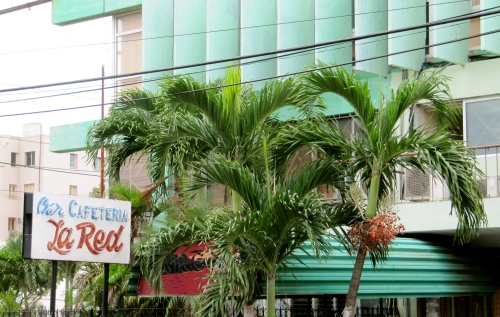 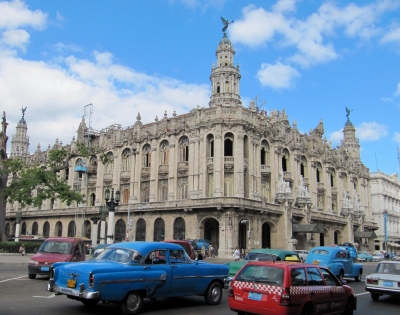 The Plaza Des Armas in all its neo-classical glory

Inside a friendly local’s home in Eastern Havana – 1920’s chairs, 1960’s bedsheets and a 1950’s elevator. Nothing is new, everything is reused or recycled and perfectly preserved

A more modern hotel, cool and inviting but lacking in character – the only Cubans here are the staff

In need of a paint, but this playground still stands out along the Malecon

Who say there isn’t a free market in Cuba? There is the government soap and then there is the other soap – can you guess which one that is? 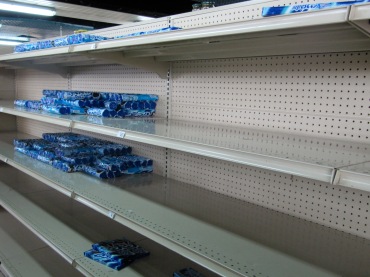 Of course, on some days there just isn’t much variety… 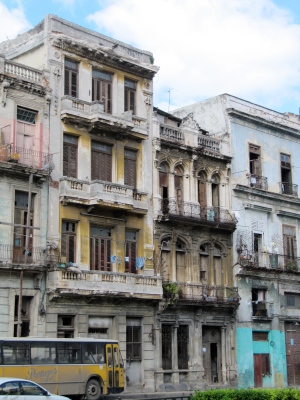 Although the facades are peeling and faded, I can see them as they once looked: rose pink, mustard and aqua

Finally, the most colourful feature of all in Cuba: the people! They come in every shade and they certainly aren’t to shy to wear lime green lycra. Hooray for the Habaneros!

I want to join in the conversation

One response to “CUBA – The Colours Of Havana”