You’d think that it would be on it’s way out in this day and age, but Engrish is still the Number One Faux Pas in Asia, leaving foreigners amused and somewhat mystified by the ambiguous signs that you may find in most Asian cities.

I do understand the principle behind writing signs in the Lingua Franca: it’s not just for tourists, see – many inhabitants of  India and Singapore may have only English as a common language.

In South East Asia it’s usually just a few private businesses with the dodgy spelling on signs, public notices and products.China and Japan are the real goldmines as the incoherent and sometimes obscene misspelling is found on menus, t-shirts, in railways and subways and on important government notices too. Europe has some treats for the Engrish Spotter on occasions and even Mexico.

I used to think it was a bit pedantic and maybe insensitive to criticise Engrish signs throughout the world. However, I now believe that the reason for these misspelt signs is just plain arrogance – I do mean signs posted by the government or a large corporation in this case,  not a menu at a local noodle shop. If I had to put up a warning sign in Swahili, I’d probably check with a native speaker to see if it’s correct, wouldn’t you?

So, I don’t feel bad about having a laugh at the expense of a Japanese local goverment official who used a translation programme on his pc to translate that important health and safety warning rather than checking with human being.

The Chinese government, keen as ever to avoid international humiliation, decided to send teams of English students to correct the public notices.

As you will see below this plan wasn’t effective. 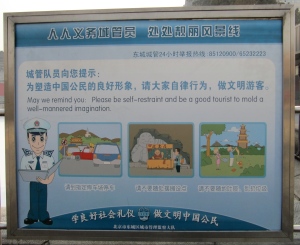 Outside the Forbidden City, Beijing

It was obviously  too shameful to ask a native English speaker to check the signs so the gibberish can be found everywhere.Here are some of my favourite Engrish signs from around the world – a modest collection when compared to a brilliant website such as Engrish.com but I do hope that you enjoy: 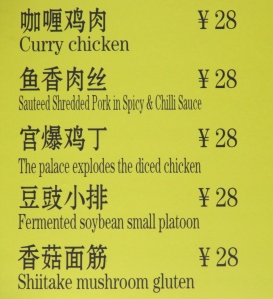 Mmmm… I’ll have the platoon thanks.

This is an old picture: it’s their 3th anniversary next month 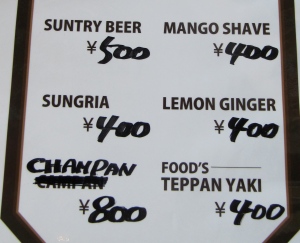 Another menu: someone realised that that fizzy stuff is definitely not CHANPAN, so let’s try CHAMPAN. I’d go for the Mango Shave or Sungria 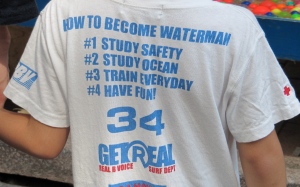 Thanks for the information, kid

Queen’s Isetan is a supermarket

Found at a Sunday blunch in Tokyo

And finally, this one may not actually be Engrish but it certainly gets the award for the most politically incorrect product available in any  chemist throughout Hong Kong, Thailand, Taiwan, Macau…

When Colgate-Palmolive acquired the Hawley and Hazel Company (from Hong Kong) that produced “Darkie” toothpaste since the 1920’s, they knew enough to change the name to “Darlie” and to updated the, erm, gentleman on the box.

As a girl who didn’t grow up in a place where race seems to be the big issue of the week, I’ve a very different world view. I never really knew anything about racially offensive products, I had a golliwog, a mammy doll and I loved them dearly – I didn’t see them as any different to my other dolls, just a different colour. I never saw the fuss at all, BUT – the man on the Darkie toothpaste box frightens me and is totally inappropriate.

… and the new improved box

Mr. Darlie is a slight improvement, however the people responsible for marketing this popular toothpaste brand all over Asia didn’t bother changing the Chinese name on the reverse side. The Chinese side says Hei Rén in Chinese, meaning “Black Person.”

Of course, black people are foreigners and us foreigners are waayyy too dumb to be able to read Mandarin or Cantonese apparently so they only changed the English name, not the Chinese one.

It can’t be offensive if they can’t read it, is that right?